Coach Cliff Graziano graduated from Penn State University in 1995, and had 4 credible seasons with the PSU hockey team. After graduation, he received a tryout in the Detroit Red Wing Association and went on to play briefly with the Jacksonville Bullets, a Detroit Red Wing affiliate.

Coach Graziano has been coaching hockey since 1995. He is a USA Hockey certified Advanced Level 4 coach and is in the process of attaining the Level 5 Masters certification.

Some of the hockey programs Cliff has been affiliated with include:

Coach Graziano is the Head Coach and General Manager of the NJ Renegades EHL Jr Team. He has coached numerous players that have gone onto NHL and other levels of professional hockey, ranging from NCAA DI/DIII & ACHA college hockey, to prep schools and upper levels of Junior hockey, including the USHL and the NAHL.

He also was selected as the Head Coach and GM of the 2010 MJHL All Star Team at Nationals in Marlborough, Massachusetts where the team won the tournament.

Interested in private lessons, group lessons, clinics, or off-ice training? Contact Cliff at cgraz16@ptd.net or (973) 479- 2403 to set one up! Also feel free to check out our 'Endorsements' tab to see all of the great things previous players and coaches have to say about working with Coach Cliff and the Renegades staff! 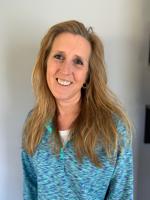 Amy has been with the Renegades for the past 14 years as an assistant to the General Manager. Through her hard work and dedication, she took on the role of the Administrator for the club.  Among her many responsibilities, Amy is the main point of contact regarding tuition, apparel, hotel and transportation for the Junior team.  We are proud and lucky to have such a warmhearted and gifted staff member!

Coach Yacavino is our Jr Development Program asst. coach.  He grew up playing travel hockey with the NJ Devils Youth AAA programs. He played High School Hockey at Morris Hills (1994-97) under Coach Graz. After graduating, Gary played at the County College of Morris for two seasons winning two conference championships. After CCM, he went on to play at West Virginia University in the ACHA from 1999-2002. Coach Yacavino has worked as a skills coach for Turcotte StickHandling School. He also worked as a Private Lessons Instructor, teaching skills at Twin Oaks Ice Rink from (2002-2004). This will be his 2nd season with the Renegades.

Renegades Alumni Jr player Jon Kwestel is re-joining the club, this time as an asst. coach for the EHL Premier Jr Team.  Jon was the captain of our 2017-2018 Jr team and his leadership skills, toughness, work ethic and defensive mindset will be a huge attribute to our team for the upcoming season. Welcome aboard Coach!

Renegades Alumni Youth & Jr player Shane Hine from Jefferson NJ is coming aboard as an asst. coach for the EHL Premier Jr Team & EJEPL JDP 18U Team for the 2020-2021 season.  Shane brought an incredible work ethic and intensity to the teams he played on. He was the ultimate teammate on and off the ice and will be a tremendous addition to our coaching staff for the upcoming season. Welcome aboard Coach!

Bobby Chayka, from Hardwick NJ was a Renegades youth player back in the early 2000’s. He moved on to play Jr hockey followed by a 4 year career at NCAA Div. III SUNY-Brockport.  Bobby was a defenseman that had great skating ability and puck skills that opened up the game for his natural offensive abilities.  He will be an asst. coach for both our EHL Premier Jr Team and our EJEPL 18U JDP team.  Our players, coaches and organization will benefit from his playing experience and we look forward to him working with our players.  Welcome back to The Renegades Family!

Coach Terry is a USA Hockey Atlantic District Goaltending Coordinator and is Level 5 certified.  He has coached all levels and was the 2019-2020 NWHL Metropolitan Riveters Goaltending Coach.  He will be doing our EHL Premier Jr Team as well as our 18U JDP Team, along with coaching the NJ Jets Elite in Aspen Ice.  He will also be doing lessons and clinics for goalies throughout the season on the ice as well as Aspen's new synthetic ice training room.

Jack played for the NJ Renegades and Coach Graz for many years.  He was drafted by the Lincoln Stars of the USHL and won a National Championship with the Fairbanks Ice Dogs of the NAHL in 2011.  After his Jr career he went onto NCAA Div. I Qunnipiac University before transferring the NCAA D III University of Wisconsin Eau Clair winning another National Championship in 2013.  Jack was a highly skilled player with a great attitude and work ethic and he will bring his experience to the Renegades teams and players this upcoming season.

Donny began his club hockey playing career with the Bridgewater Bears and has also played for teams such as the New Jersey Renegades, New Jersey Rockets, and played Juniors for the New Jersey Wildcats.  He also played for Bridgewater–Raritan High School, making varsity all four years and was selected to 3rd Team All State, 2nd Team All Public, and 1st Team All Conference. He played D-I Club with Villanova University from 2009 - 2012.  Donny’s leadership was demonstrated through his captaincy for numerous teams he played for.  Donny was part of the original Renegades team when the organization began in the 99-00 season.